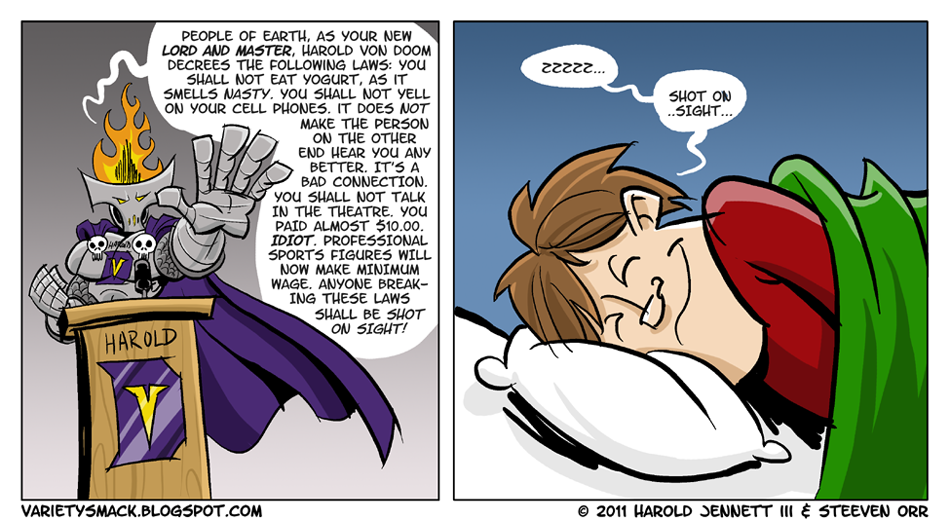 This strip was originally published on November 15, 2011
This strip was all Harold.
The idea was his, it was written by him, he drew it up, he produced and directed it, he did it all on this one.
And from what I know about Harold, this is an actual dream of his.
The thing is, when I look back at our time making these comics and I'm being completely honest with myself, Harold worked way harder on these strips than I did.
I mean, sure, I had to come up with ideas and script them out, but when I was really feeling productive and creative I could write up a dozen strips in a day.
Harold, on the other hand, could do a strip a day if he had no distractions and other things going on in his life. He did the pencils, the inks, the letters, and the colors.
Harold Jennett was the hardest working man on Variety Smack . . . and he DOES NOT like yogurt!
Remember, if you want Harold and I to get the band back together and create more comic strip fun, please say so by leaving a comment below.
By Steeven R. Orr on 11/15/2021 04:00:00 AM