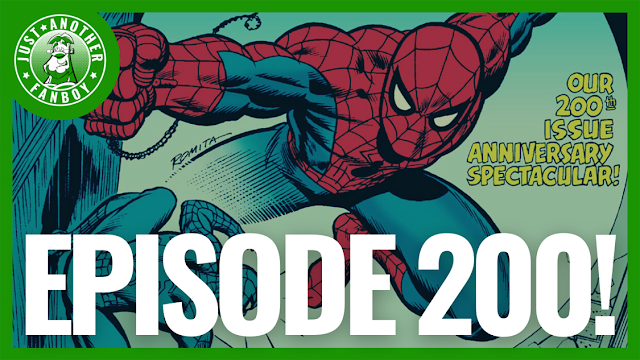 It's Episode 200! I don't know that much more needs to be said.
We start with about 4 minutes worth of clips from the first 199 episodes.
Then I spend the rest of the episode talking about the Amazing Spider-Man #200 from Marvel Comics which was published all the way back in 1980.
But hey, stick around to the very end to hear my longest blooper real ever and it comes from the first 199 episodes. Well, to be honest, it's all from trying to say one word in one episode. Over four minutes of bloopers from one word, and that word, ironically enough, it effortlessly.
shop.justanotherfanboy.com
list.justanotherfanboy.com
Find the episode now on: