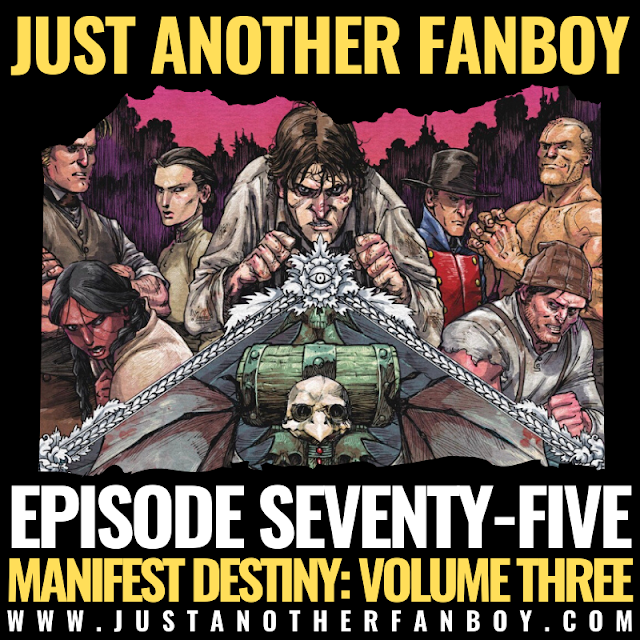 This is the episode in which I talk about Manifest Destiny Volume Three: Chiroptera & Carniformaves by Chris Dingess, Matthew Roberts, Owen Gieni, Stefano Gaudiano and Pat Brousseau.

Deep in America's heartland, Lewis & Clark's expedition discovers a civilization unlike any they—or anyone else on Earth—has encountered. An encounter that will push their men to the brink of mutiny, and redefines the relationship between man and monster, predator and prey.