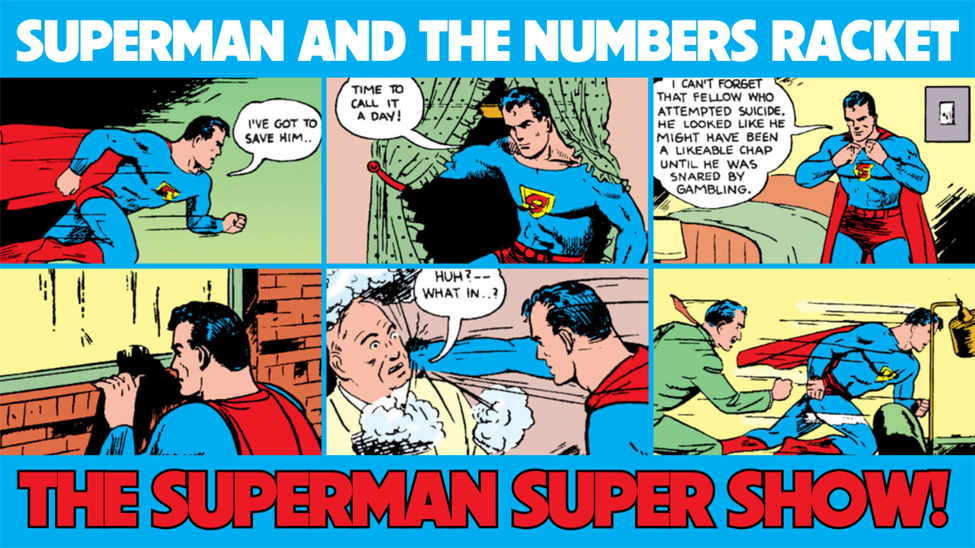 Superman stops a crook from committing suicide, destroys a big bunch of gambling houses, and threatens people with death more times that you can shake a stick at!
All this and much more as Ed and Steeven talk about Superman and the Numbers Racket, the Superman story that appeared in Action Comics #16, which was published by DC Comics with a cover date of September, 1939.
Story synopsis provided by: dc.fandom.com
Mike's Amazing World of Comics
FIND THE EPISODE NOW ON ANY OF THE FOLLOWING SERVICES:
Apple Podcasts | Audible | Spotify | Amazon Music | YouTube
OR GET THE EPISODE  ANYWHERE YOU GET PODCASTS!
Story synopsis provided by: dc.fandom.com